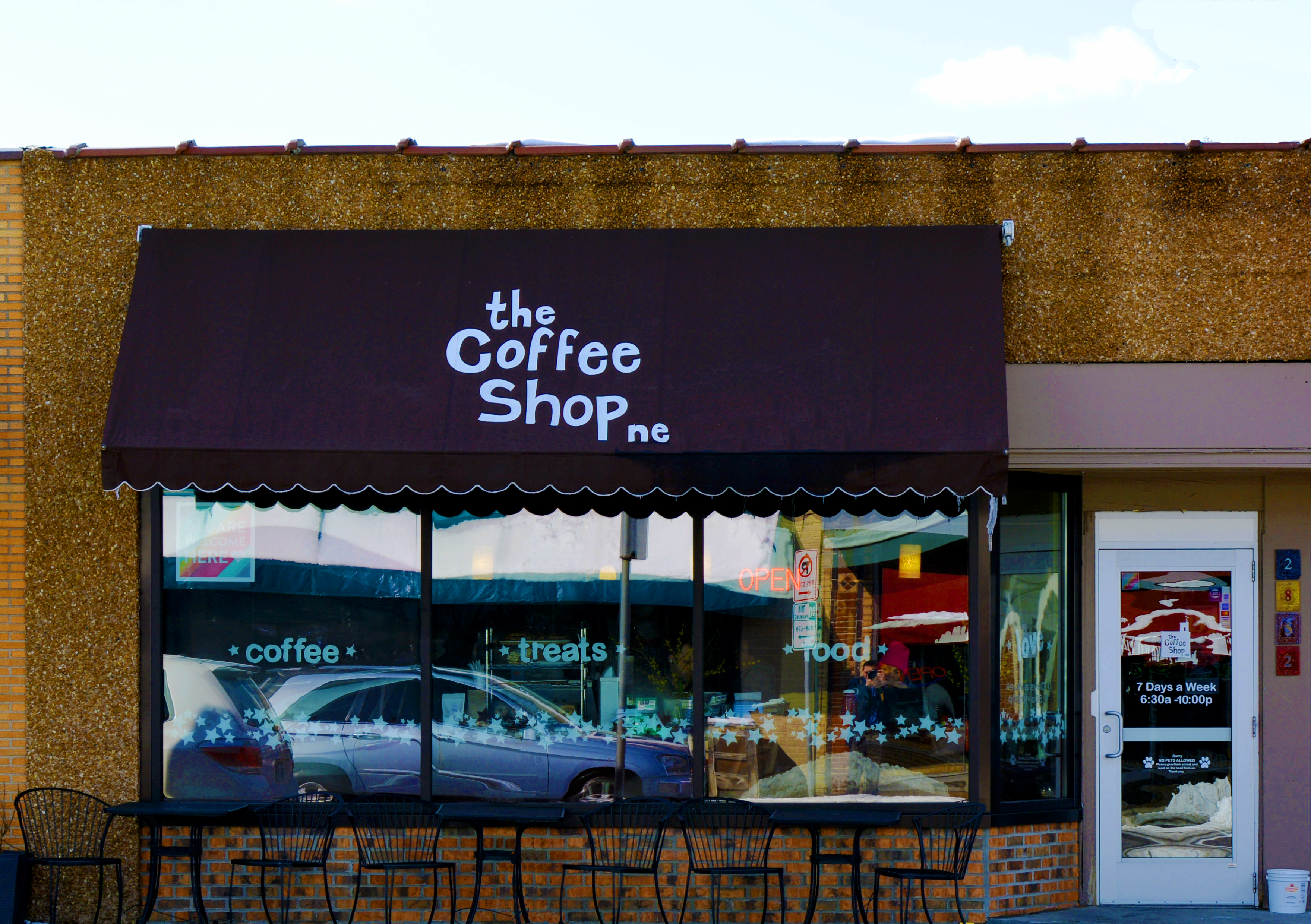 The “Coffee Shop” on Johnson Street has served the citizens of Northeast Minneapolis for the past seven years, but a leaky roof in 2017 dampened the warm and friendly atmosphere. Following an energy audit, it was determined that an energy efficient roof with solar panels would not only fix the problem but lead to a decrease in energy use and utility costs. MinnPACE financing made the investment affordable, with no up-front costs, and the Coffee Shop self-generated electricity almost instantly upon completion. 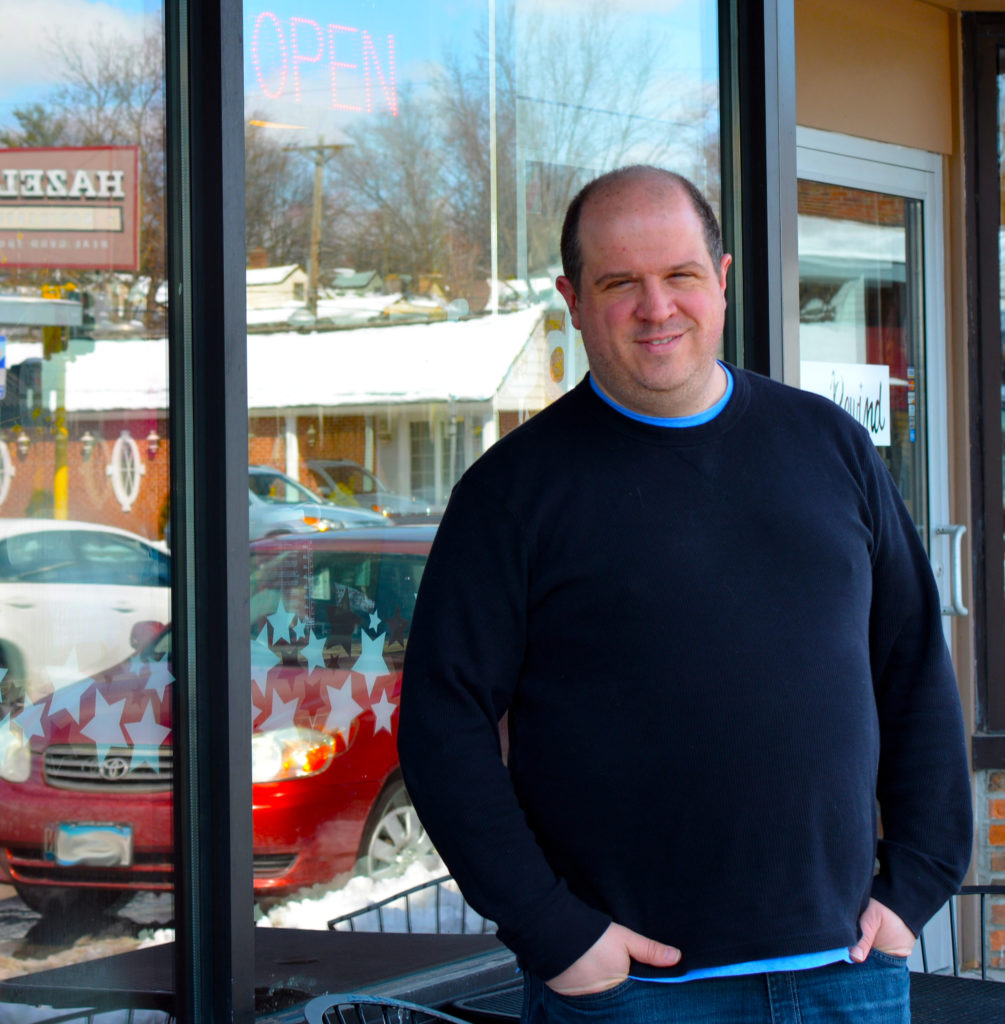 Who are you and how are you related to the “Coffee Shop” NE?

Rich Horton, my wife Jennifer Horton and her sister Jodi Lund and her Partner April Lund are all co-owners of the Coffee Shop. My wife and sister in-law had a little gift store two doors down called “Dabble” and there was a smaller coffee shop here that they were working at part-time called “Autobahn Coffee.”  And they were going to leave and move to a different location so we talked to the land lord and made arrangements and gutted it and kind of re-did it.  Originally it was just the front but we were able to expand to the back.

How long have you been at this location?

What did you upgrade?

We got a new roof and solar panels.

What made you decide this upgrade was needed?

We had a leaky roof last winter. We patched it up and knew we had to look into getting a new roof.

How did you hear about MinnPACE financing?

I was looking at options for roofing and stuff and its pretty expensive to buy a roof.  So I have a friend that owns Twin Town Guitars over in Minneapolis and he had solar panels and told me about solar panels.  So I looked into it and I don’t remember who told me about MinnPACE it was either one of the solar people I talked to or if it just came up when I was searching that you could use it for solar.

What made you choose MinnPACE?

The roof is a little more efficient than a white foam roof, but I couldn’t do the roof by itself so I had to put the solar and the roof together and it all worked out.  We couldn’t afford both out of our own pocket anyway, we knew we had to get some kind of financing.  And MinnPACE was the best option for us.

I got quotes on all of my roof options and then on my solar options.  Then I started filling out my paperwork for MinnPACE because you have to ask for a certain amount of money so I needed to know how much that was going to be.  Started doing the paperwork for the MinnPACE stuff, then slowly over  a couple months, supplying them (MinnPACE) with financial information and anything they needed.  So it was a bit of paperwork but nothing too crazy, it was definitely worth it for all of the benefits and savings.

What were the financial benefits in your situation using MinnPACE?

We could’ve went to our bank but their interest rates were higher, MinnPACE seemed like it was reasonably easier to get than a bank loan. The lower interest rates and adding in on to property taxes was a big thing too and after reading the benefits of that it kind of seemed like a no brainer.  So it was easier to qualify for and with the property taxes, if we did decide to sell the building in say 5 years we could just transfer that to another owner.

Have the upgrades lived up to their projections so far? What impacts have they had?

Since they’ve been installed they started generating electricity which was cool to see, we’ll really get the benefits of it in the summer time.  We haven’t had a chance to really compare them to last year yet but, even for January and March I could see the differences so it’s definitely making an impact.

How long did the entire process take start to finish?

The process seemed to go pretty smooth, towards the end I was scrambling for some paperwork.  So it was a couple months once I had all my paper work in then once I was set up the check came really fast.  Then we were able to get them started on the roof first and then they did the solar a couple months later.  The solar took a little engineering, for a about a month they were doing checks to make sure the roof could hold the solar panels and stuff like that and it was something they couldn’t do before-hand.  So the placement that the solar panels have is so the weight is evenly distributed and spread out.

Were there any challenges you faced throughout the process?

Just the engineering piece because we didn’t know if it was going to happen after the roof went up but it all worked out!

Would you make the same decision over again?

Oh yeah, totally. If there was an HVAC system that was more efficient or something like that I would totally use it again.  Everyone at MinnPACE was very proactive anytime I had questions or concerns so I really appreciated that.  And the contractors knew about MinnPACE and had dealt with it before so  it was no big deal.