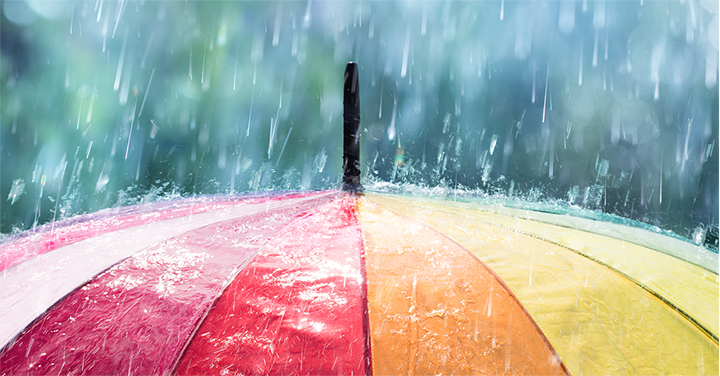 What You Should Know About Stormwater Management

Next Generation stormwater management is an important part of the Saint Paul Port Authority‘s sustainability efforts. According to the U.S. Environmental Protection Agency (EPA), stormwater is rainwater and melted snow that runs off streets, lawns, and other sites. In high density urban areas, impenetrable surfaces like roads, parking lots, and rooftops keep stormwater from being absorbed into the soil and naturally returned to the aquifers. Instead, it runs rapidly into storm drains, sewer systems, and drainage ditches.

How we manage stormwater, especially in urban settings, is important to a community’s economic well-being. There was a time when stormwater was considered a waste product that needed to be removed from roofs and streets. It was transported through pipes to the nearest body of water, including the Mississippi River. Contaminants found on these surfaces –– oil, antifreeze, tire residue, road salt, etc. –– went right along with it.

Stormwater is a Free Natural Resource

Today, we view stormwater as a free natural resource. It falls from the sky with some degree of regularity. Through Next Generation stormwater managements systems, we capture the water, filter out contaminants, and then reuse for activities such as watering gardens, lawns, and native prairies. In some cases it is reused for toilet flushing and other non-drinking, grey water, needs.

At this point, you may be thinking this isn’t important in Minnesota. We’re the Land of 10,000 Lakes and water is abundant. Unfortunately, water levels are a growing concern. According to the Minnesota Pollution Control Agency (MPCA), “in general, water is being drawn out of the state’s aquifers faster than it is being replenished.” This became apparent in 2013, when White Bear Lake saw a five-foot drop caused in part to groundwater pumping. Reusing stormwater decreases our dependency on groundwater pumping for purposes other than drinking water.

Benefits of Next Generation Stormwater Management

Stormwater reuse decreases overall carbon emissions by recycling rainwater instead of relying on water produced from treatment plants. This may seem like a leap, but consider the fact that waste water treatment plants use significant amounts of electricity with pumps, motors, and other equipment running 24 hours a day. According to a 2013 EPA study, wastewater facilities are one of the most taxing on a community’s greenhouse gas emissions. It shows that municipalities in the United States dedicate 35 percent of their budget to energy. Electricity accounts for 25-40 percent of a wastewater treatments plant’s operating budget and 80 percent of the cost to process and distribute drinking water.

A second benefit is flood control. According to EPA research, heavy downpours or rain are more common today than they were 50 years ago. By capturing storm runoff, we reduce the pools of water on streets and in basements. We also alleviate the pressure excessive rain puts on a city’s pipe networks, surface water bodies and downstream communities.

Stormwater management systems are an important part of the commercial real estate equation, competing with building space and parking lots for square footage. Depending on the community, stormwater treatment is generally required by watershed district or city rules when requesting a building permit for disturbing sites as little as 10,000 square-feet. In many cases, stormwater management is handled at ground surface level in conventional ponds. The more efficient building owners are with their storm water systems, the bigger their buildings can be, the more employees they can accommodate, and the more products they can produce.

An alternate solution, which comes at a premium, is placing storm water filtration systems underground, usually under a parking lot. Little is known about how they will perform over time. The only way we can answer these questions is to measure results. In response, the Saint Paul Port Authority, in partnership with United Properties, MPCA, and Capital Region Watershed District, invested in technology to measure results in an underground stormwater management system located at the Midway Stadium Business Center, formerly the site of the Saint Paul Saint’s ballpark. Performance data collected will help us in the future to inform sound public policy. This is an opportunity to determine which contaminants are absorbed as they work their way through the infiltration system and which materials are potentially clogging the system or moving into other bodies of water.

And while the average commercial real estate owner might not understand the impact of stormwater on their property, managing it through what we call Next Generation storm management is having a positive environmental impact. In some communities, incentives are in place for businesses infiltrating their stormwater onsite instead discharging through their city’s utility systems. While we’re not there yet in Saint Paul, we’re working hard to get smarter on how to make these financial incentives work for the business community every day.

Our goals are to improve people's lives by building vibrant economic communities. To be the premier economic development entity in the country. To be fiscally sound, socially responsible, collaborative, risk taking, innovative, and to act with integrity.